Get to Know: Delve 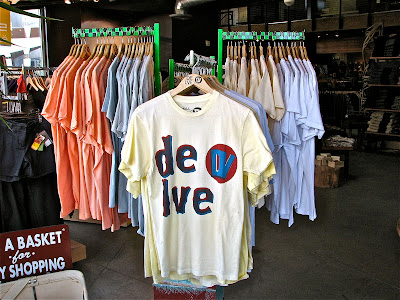 We're excited to have our local artist Ryan with us to talk about his screen printing t-shirt company, Delve! Ryan was also a vendor in our Last Saturday's event this past month where he set up his screen printing machine and handed out Delve tees! Check out his interview with us and enter our giveaway for  a FREE DELVE T-SHIRT! See below for details! 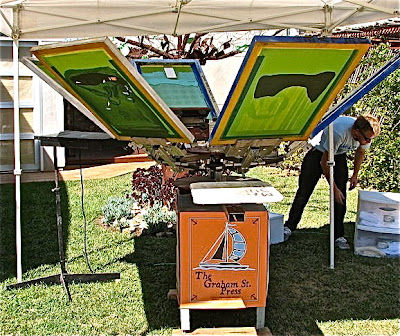 Seed: Can you give a brief description of what Delve is all about?
Ryan: We really have no idea what Delve is about or what it is doing. Funny given the name Delve. Although we are for sure way into it. What I would love to hear some day on the street is "I have no idea who or what Delve is but damn, I can't keep my eyes off them those dudes are so cool". In the future when that Kid says the above quote and he looks into why he loves Delve he will find he loves it because of its charge to continually gather artist and attempt to quench the creative thirst of all the other right brained wave rats out there. He will love us cause:
We surf and doodle as often as we can, We sponsor two high school surf teams in the area and support the scholastic side of the sport.
We hope no style banded ever goes with out a Delve shirt cause he could not afford it, So we give to communities free shirts as often as we can.
Delve has big plans for the future. We have no idea what that is yet, but we can't wait to find out.
S: How long have you been at SEED?
R: A while ago we made the Rope Belt which started off as a necessity for me cause I needed a belt and all I had around was a rope. I tied it on and some one said, "Sweet, I didn't know Delve made belts". We all laughed and a short time later, I put a little more effort into the rope and made a Rope Belt. Shortly after that, some good friends of ours turned us on to SEED and low and behold we found ourselves selling Rope Belts at SEED. I guess that was about a little over a year ago. Since then, SEED now carries a number of Delve tee shirts and a few wallets. In the future, we hope to look for more knits, wovens, pants, ect...
S: How is Delve eco-friendly?
R: Delve recently started their own Near Zero Waste Program. One thing we do is avoid hang tags on the tees and any garments we produce. Less trash for the consumer to throw away when they get home. Also, our shirts are not individually raped in plastic bags. On the production side, everything is done in the USA and we do every thing we can to reuse what ever we can. Along with that program, we were invited to be part of O.A.C. (Oceanic Awareness Collaboration). OAC is working on spreading the news and making more aware to the younger generation the "worlds wounds" through art, music, and fashion. Specifically the North Pacific Gyres (trash island). Their goal is to create venues for younger generations and experience what kind of damage we are doing to the environment. This will be done through art shows featuring a broad range of the industries artist/activist in the form of visual arts, music, and fashion. Check out their web site . On a side note, at my house I have a grey water system, Cali native plants, cloth diapers for my son, and we let the yellow mellow. FYI.
S: How did Delve get started?
R: Delve Started many moons ago in 1994. As a senior in High School. My doodles needed a name. I called them Delve. In college, I took a silkscreen class and out came Delve tee shirts. Dec 1999 I purchased the little silkscreen co. that I worked for and almost completely turn the heat off of Delve all ready siting on the back burner. I ran American Silkscreen for ten years and then changed it to The Graham St. Press (.com) and just recently sold it to my partners so I could concentrate on Delve. I am unsure of a start date for Delve. Its all ways just kinda been there.
S: Where do you find inspiration?
R: We have so many good friends that constantly inspire each other. I could not pinpoint one source of inspiration. But here is a list things that have definitely given me a pat on the back:
Friends, family, son, kid on the way, wife, surfing, conversation in-between sets, the little fun waves in-between sets, skate boarding, old boxing posters, jealousy, vacations, love, heartbreak, books, books with pictures, being bored, walking with my family, opps paint at home depot. ($5 gal.), colorful grainy pics of other peoples vacations.

S:What does an average work day look like for you?
R: Not so average. Lately I play the Mr. Mom card. In the morning, Oliver (my son) and I enjoy a good bike ride around our neighborhood and down to the water, grab a cup of joe and head home. It's there that I find my computer and answer emails, do art, research "fashion" while Oliver finds a ball, a train, a vacuum, a dog, a sand box. Nap time. I try to fix some thing on my house and create some thing new for Delve to think about and more friends to collaborate with. I contact my contacts and make connection for Delve to grow and others to enjoy. Later today I am creating our Delve, Drink, and Draw nights. Three things we all have in common around here. Delving, good beering, and drawing. More to come on that though. You'll have to follow up on that via facebook or at delveclothing.com
S: Do you sell Delve anywhere else?
R: We are keeping Delve in our back yard for now. We hope one day to grow geographically but of now we really want to just establish good roots and relationships here in the Orange and LA counties. So far though, Delve can be found at Shelter surf in Long Beach, Harbour surfboards in Seal Beach, and Golden State Goods in seal beach.
S: Any advice for those looking to start their own business?
R: Contact your local SBA (small business administrator)
Keep a great relationship with stores
Be the nicest business person you can be.
Pay for product on time.
Don't let money run your business.
Be patient, give it years to explode.
S: What do you see in the future for Delve?
R: Benzies (plural) murdered out.

And to be featured on Cribs.

Enter the giveaway below! 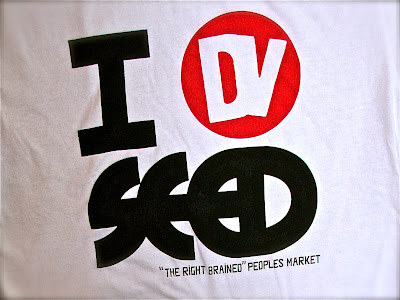 How to enter the giveaway for a free Delve t-shirt:

1. Become a fan of Seed on Facebook by clicking on the Facebook link on the left hand side of this page..
2. Become a follower by clicking follow on the right hand side of this page.
3. Leave a comment below on this post with your first and last name.
We will randomly select a winner and announce them Friday, October 8th. So hurry and up and enter for this great giveaway!
Contest ends Friday, October 8th!
Posted by SEED at 12:06 PM

Email ThisBlogThis!Share to TwitterShare to FacebookShare to Pinterest
Labels: Get to Know Seed Vendors, Giveaways 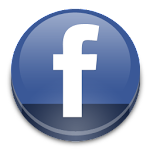